Waterfall hunting in the Yorkshire Dales

On a whim I decided to head into the Yorkshire Dales, to find some new waterfalls. Headed for Keld, supposedly has the highest concentration of waterfalls for a village. East Gill Force, Wain Wath Force & Rainby Force are the three of seven I visited. The lack of phone signal, makes a little difficult to find where the some of the waterfalls are.

Hardraw Force was my next target, Slight stop on the way and a quick snap of Buttertubs Falls, just on the road side. The waterfall falls deep into the Limestone flutes, certainly an impressive site. Robin Hood Prince of Thieves famous Hardraw Force was the next impressive fall. England’s longest unbroken waterfall, with a fall of around 100 meters into the shallow plunge pool below. Cotter Force is just around the corner from Hardraw Force, a 6 tier waterfall. Starting at 3 feet wide at the top, and growing to 15 feet wide at the bottom.

Photographers favourite Ribblehead Viaduct was the next postcode into the Sat Nav, some cracking views & scenery on the B6255. Upon arrival the sun was casting shadows on some the 24 arches. The viaduct standing at 104 feet & spanning 440 yards is an impressive site, carrying the Settle & Carlisle Railway across Batty Moss valley.

Detour on the way home

Quick pit stop to my favourite waterfall Scaleber Force, near Settle. Normally a 40 foot trickle over limestone’s into the plunge pool below, more like a torrent today. Stockdale Beck flows under Scaleber Bridge before plunging down several rocky ledges, into Scaleber Wood. Normally a beck with a trickle of water over the falls, had transformed into a river with the current rain. You can normally climb down the limestone steps, but the water was using the full width of the steps.

No visit to the Yorkshire Dales, isn’t compete without visiting Malham Cove. The skies where looking moody, so I decided to climb the stairs to top of the cove for some cracking views. Cracking views where obtained, but then it rained, so the moody skies where cancelled. 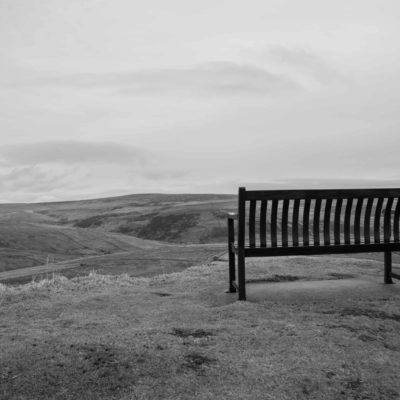 At the bottom of Buttertubs, a seat overlooking the hills. 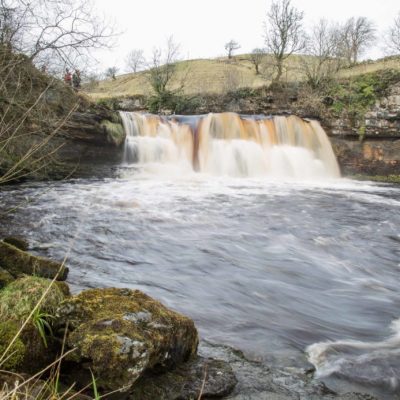 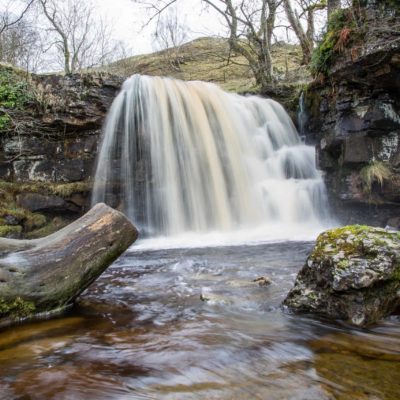 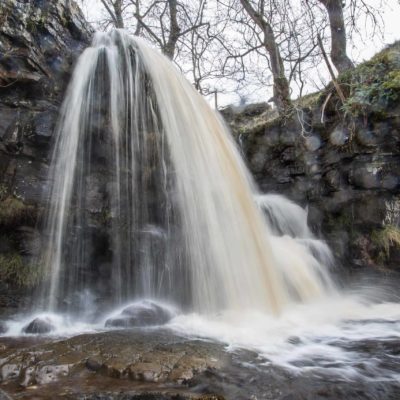 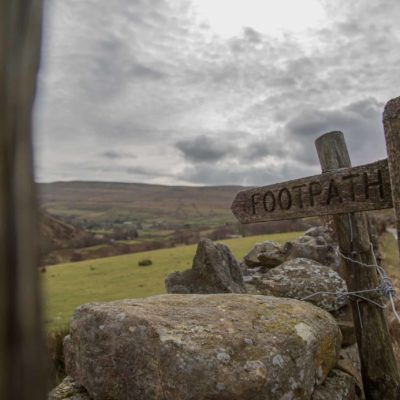 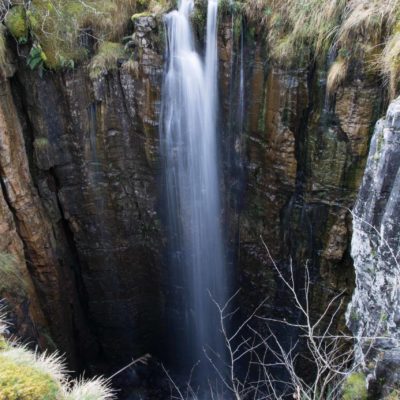 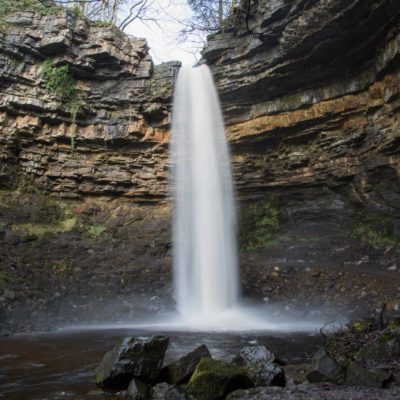 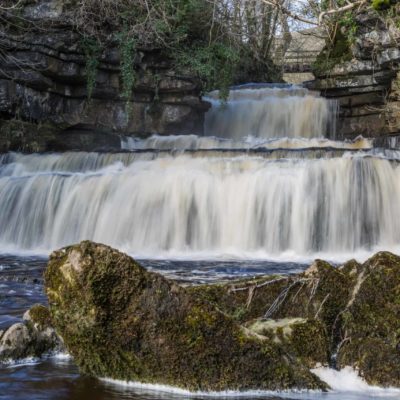 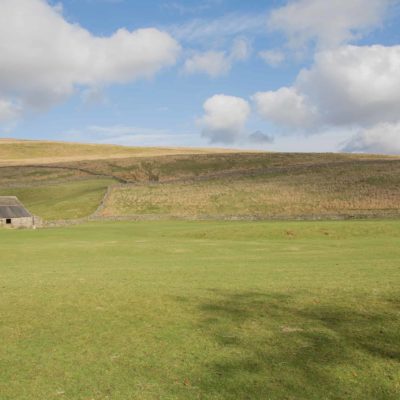 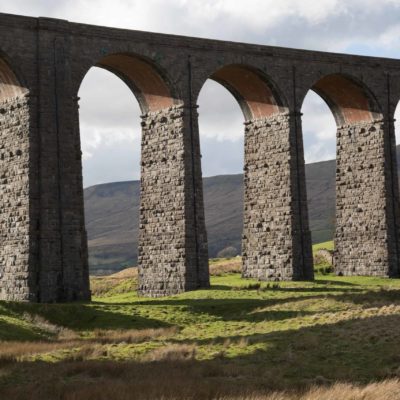 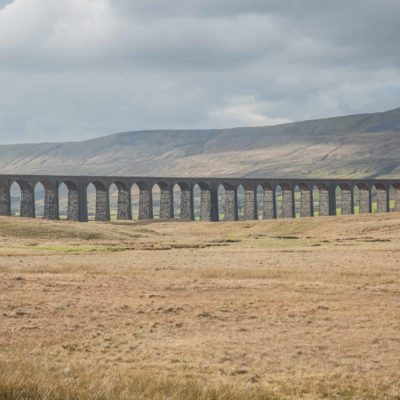 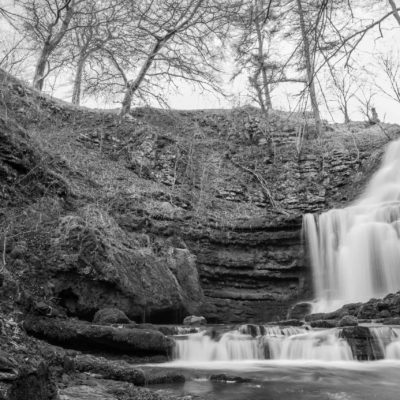 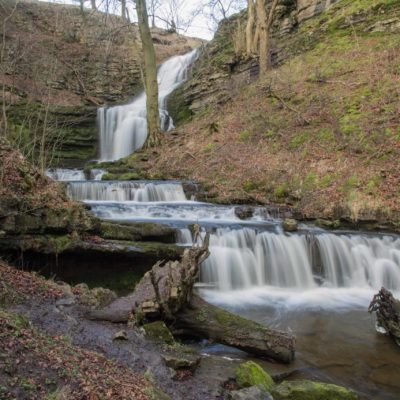 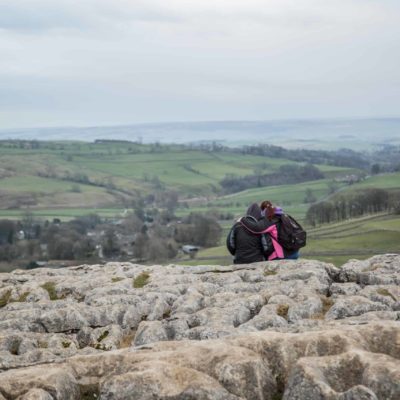 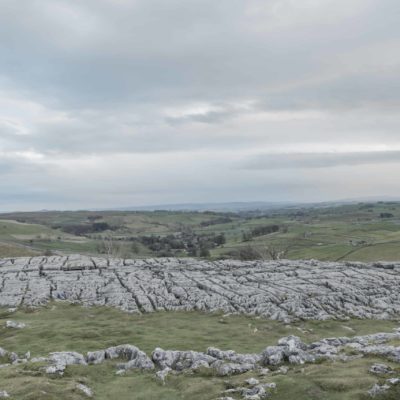 On top of Malham Cove