The world’s’ most famous steam engine, Flying Scotsman departing from Oxenhope Railway Station, KWVR. The British National Treasure is running on the Settle to Carlisle line, as the main feature of the line re-opening. Departing from Oxenhope at 8:30am, picking up at 8:35 at Haworth and continuing onto the main line. The return journey sees the engine return to Oxenhope, around 8.00pm before spending the weekend on display in Ingrow. 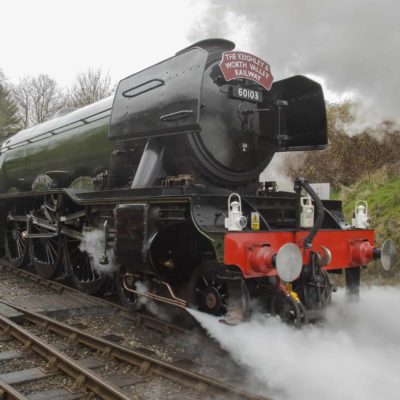 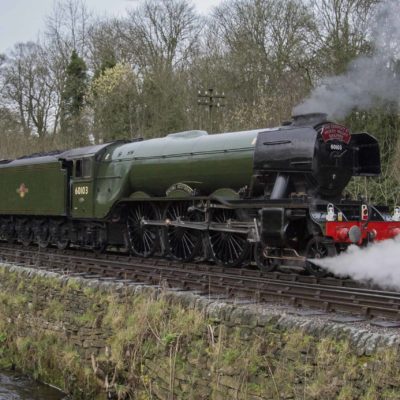 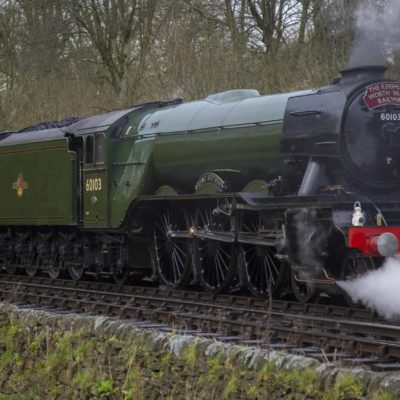 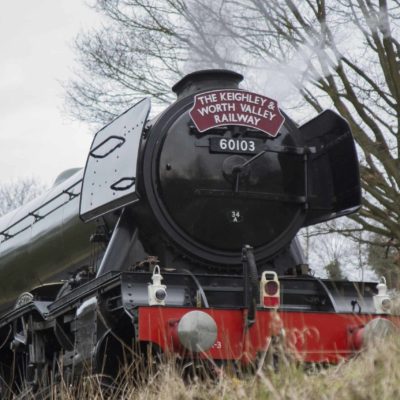 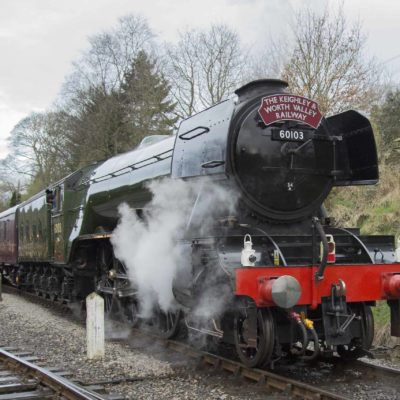 Rolling back into Oxenhope Railway Station. 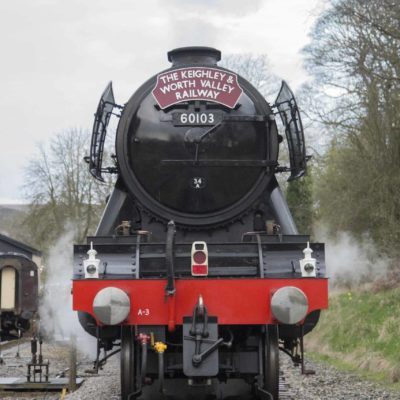 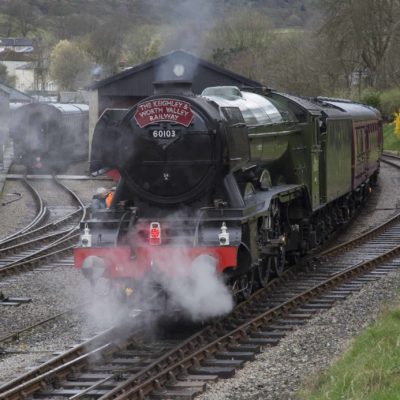 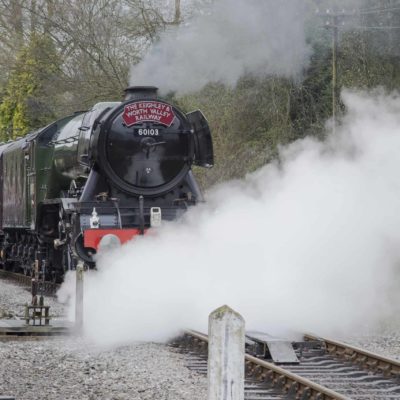 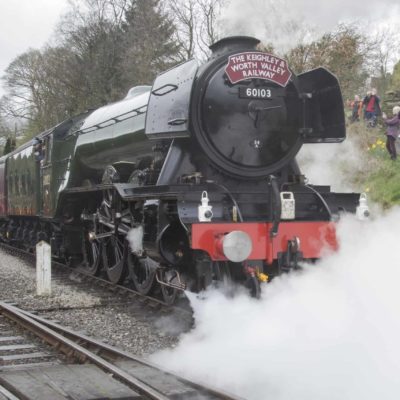 Full steam ahead, departing from Oxenhope.

LNER Class A3 4472 Flying Scotsman is a Pacificsteam locomotive built in 1923 for the London and North Eastern Railway. Built at at Doncaster Works to a design of Nigel Gresley. It was employed on long-distance express East Coast Main Line trains by the LNER and its successors, British Railways Eastern and North-Eastern Regions. Notably on the London to Edinburgh Flying Scotsman train service after which it was named.

The locomotive set two world records for steam traction, becoming the first steam locomotive to be officially authenticated at reaching 100 miles per hour (160.9 km/h) on 30 November 1934, and then setting a record for the longest non-stop run by a steam locomotive when it ran 422 miles (679 km) on 8 August 1989 while in Australia.

Retired from regular service in 1963 after covering 2.08 million miles,  gained considerable fame in preservation under the ownership of, successively, Alan Pegler, William McAlpine, Tony Marchington, and finally the National Railway Museum (NRM). As well as hauling enthusiast specials in the United Kingdom, the locomotive toured extensively in the United States and Canada from 1969 until 1973 and Australia in 1988/89.